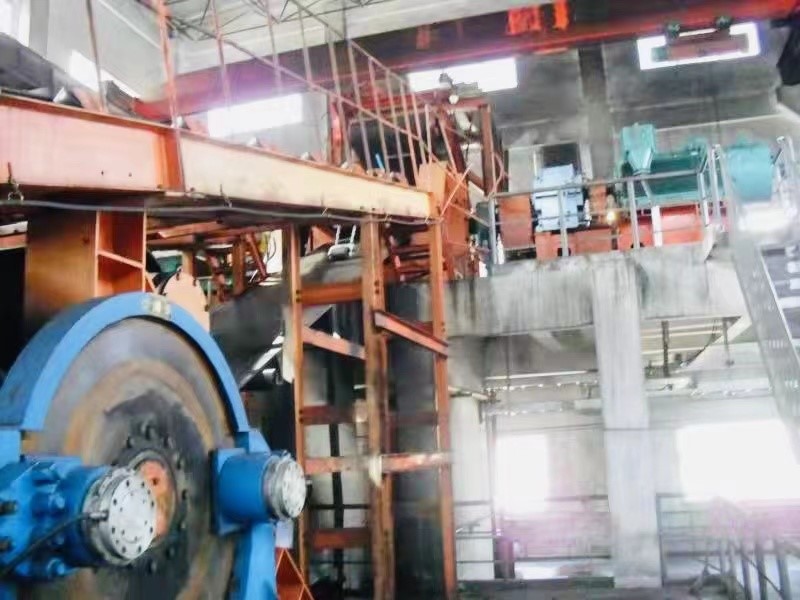 Conveyor is an important device in mining industry, The dynamic and on-time monitor is needed during the starting and the whole operation process, Nancal HVVF series drives can be used in constant torque control such as conveyor. The key control performance is to realize the coordination between multi-motors.

The conveyor is a flexible and viscous mechanical system, which presents complex kinematic characteristics during the process of starting acceleration, stopping deceleration and tension change, mainly manifested as transverse vibration, longitudinal vibration and the propagation and superposition of dynamic tension waves in the belt, resulting in conveying The instability of the system may cause belt breakage, mechanical damage, local resonance skipping, overlapping belts, and material scattering in severe cases. In order to suppress the tension wave and its harmful propagation, the dynamic process of the belt conveyor must be controlled, so that the belt conveyor can run safely under optimized working conditions, ensure production and prolong its service life. The conveyor is a typical multi-motor drive system. The VFD performs balanced control of the output torque of each motor in real time, which can further optimize the belt safety and improve the effective output. 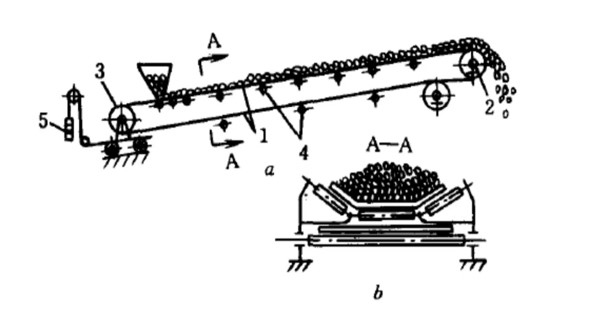 When multiple motors run synchronously, the control system send the same speed command to all inverters, but during the running process, the speeds of different motors are inconsistent. If it is not controlled, the motor with high speed will be easily overloaded, which may cause faults such as motor overload and overcurrent trip of the  inverter.

In order to achieve synchronous output and coordinated control of multiple inverters, Communication needs to be added between multiple inverters to solve the problem of torque balance. Using the inverter vector control to calculate the motor load torque, according to the difference in the load torque of each motor, the speed deviation control amount is superimposed on the corresponding motor speed given link, so as to achieve the same torque distribution of each motor.

4 MV frequency converter drives 4 motors, and the 4 inverters are connected by optical fibers, and the master-slave control is used. Through the torque balance algorithm, the belt conveyor can be effectively controlled to start, speed up, transport and stop under both light load and heavy load conditions. The system adopts the master-slave synchronous control strategy of the flexible mechanical connection system, and the torque and speed of each motor are kept dynamically consistent to achieve speed synchronization and power balance among the four motors.

The system is composed of two sets of double-motor drive systems each driving the same drum, and finally a set of four-motor synchronous system is formed. The configuration diagram is as follows: 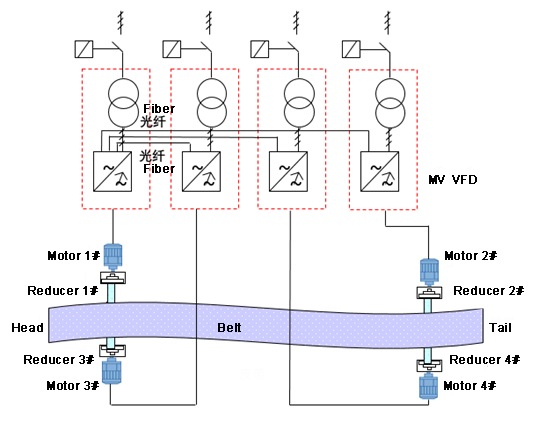 The key parameters are as follows:

Rated current of inverter: 260A

The maximum transmission power of the conveyor is 6000kW, which is driven by 4 motors. The maximum current of the motor when driven by VFD doesn’t exceed 230A with load.

The four inverters adopt the master-slave control mode of speed loop balance, one master and three slaves. The master inverter is connected to the remaining three inverters through optical fiber, which can control the start and stop of the four motors synchronously, and share the speed command in real time. In addition, the main inverter can collect the real-time torque of each motor through the optical fiber, realize the dynamic adjustment of the reference speed of each inverter, and ensure the speed synchronization and power balance between the four motors.

After debugging, the system can achieve good speed control and torque distribution regardless of starting and running. Figure 4: Current waveform of 4 motors with speed spinning pick up 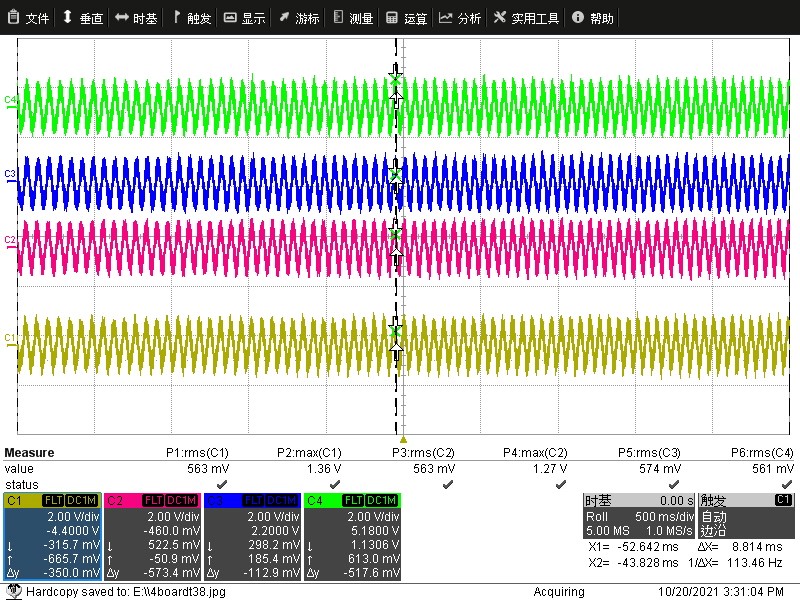 When the conveyor is running, in order to prevent the damage of the belt conveyor caused by uneven load distribution when one equipment fails, the inverter master-slave control adds a linkage protection function, that is, when any inverter fails, the other inverters will stop synchronously. During the commissioning period, a single equipment failure was artificially created, and the four frequency conversion equipment synchronously blocked the pulse and stopped. 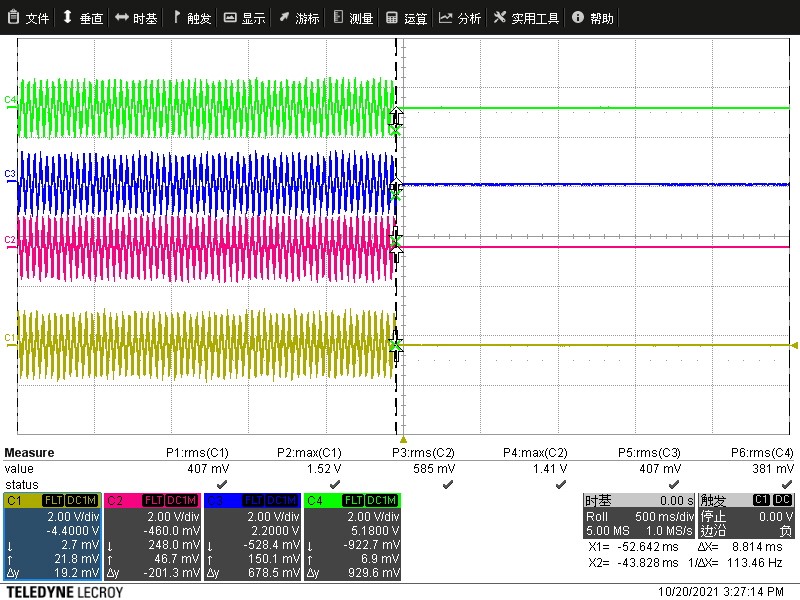